I am going to start doing a series of profiles on some of the bikes in the shop’s collection.

This is a 1958 Frejus track bike purchased at a swap meet a few years back. Some of the cool features include the first generation Campagnolo cranks with pedal backs. The pedal spindles are also shorter so they don’t poke the pedal back caps out, quite rare. Inch pitch drive train is nice and immediately responsive to bursts of effort. Too bad it is not a block chain. Campagnolo “no record” pista hubs indicate age as well. Spokes are tied and soldered to stiffen the wheels, extra long spoke nipples help to stiffen the wheel as well. Early generation Campagnolo pista head set with super rare lock nut and steel “Campagnolo” stamped spacer. Steel Cinelli pista stem with old logo and nice Ambrosio alloy track bars. Cyclo saddle support and older Brooks swallow saddle. The chrome plating is “peppered” giving the frame a very nice patina.

This bike was owned by Aurelio “Ernie” Gallegos who was coached by Avrey Burndage. The bike was raced in some Pan Am games and in the 1969 National championships in California in which Ernie won second place and received a water bottle as prize. Ernie says the race was on a grass track that was so muddy he was only able to ride about 50 feet before dismounting the bike and carrying it to 2nd place. Ernie also states that it originally had 40 hole wood rear rim because he used to pull spokes through the 36 hole drilled ones. The decals and head badge were removed by Ernie’s coach because of team conflict invilving Schwinn I believe, But I am not sure about the details. 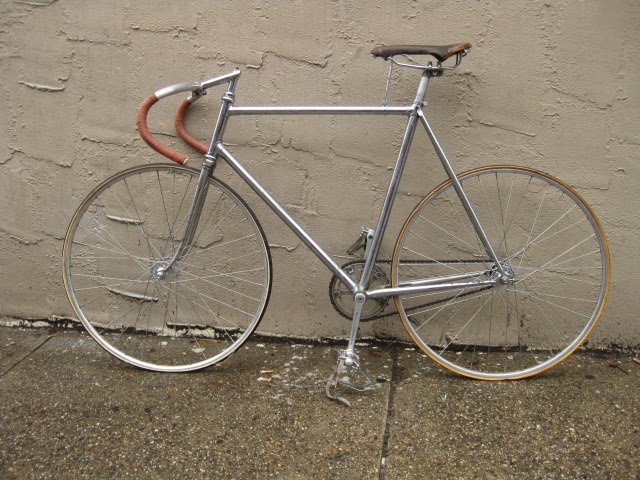 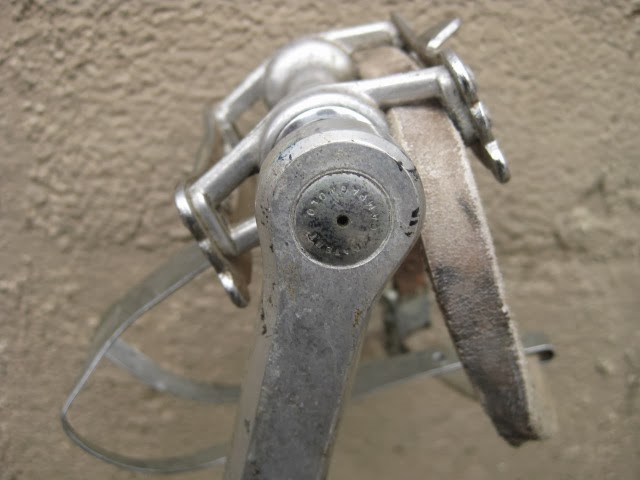 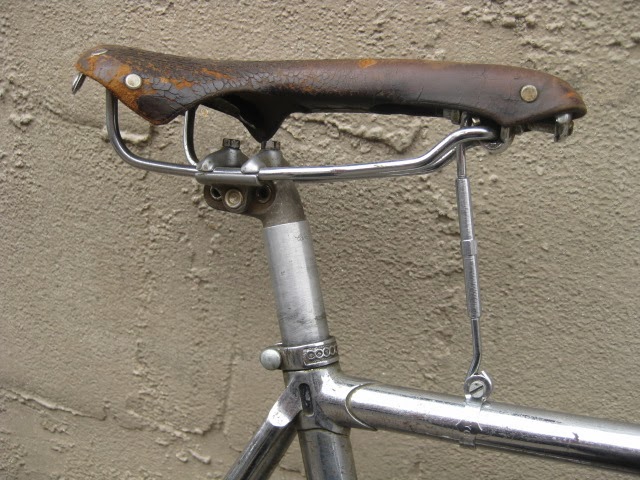 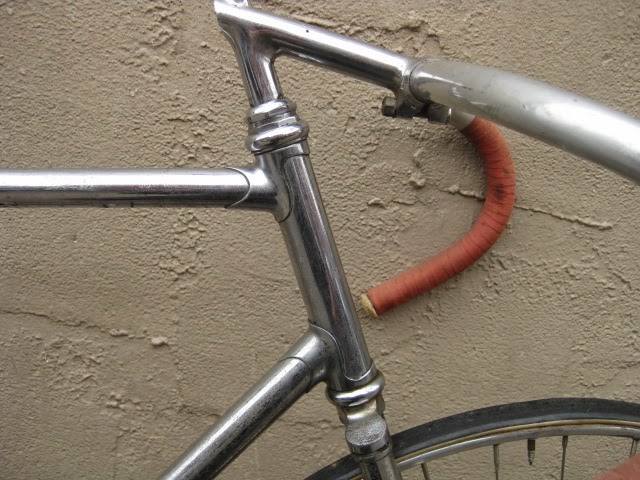 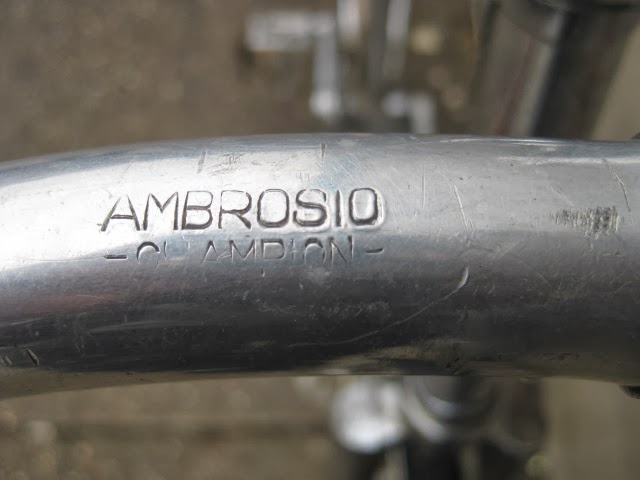 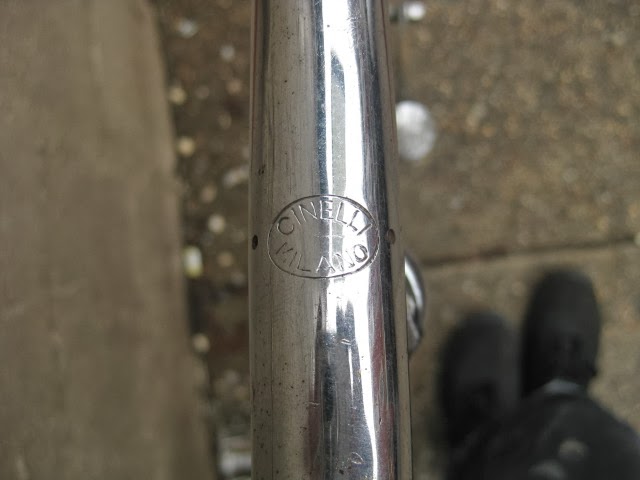 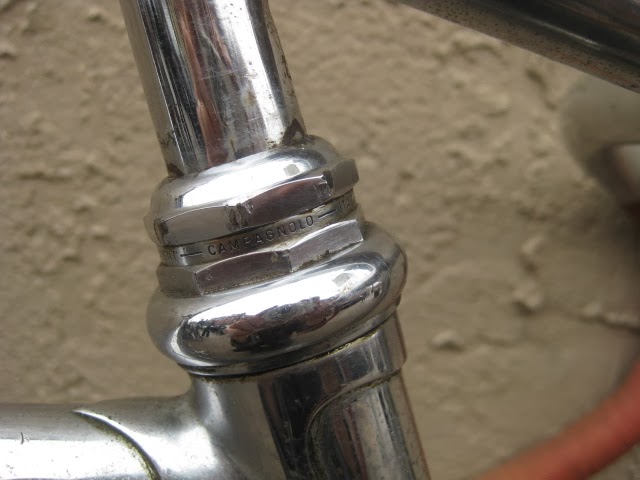 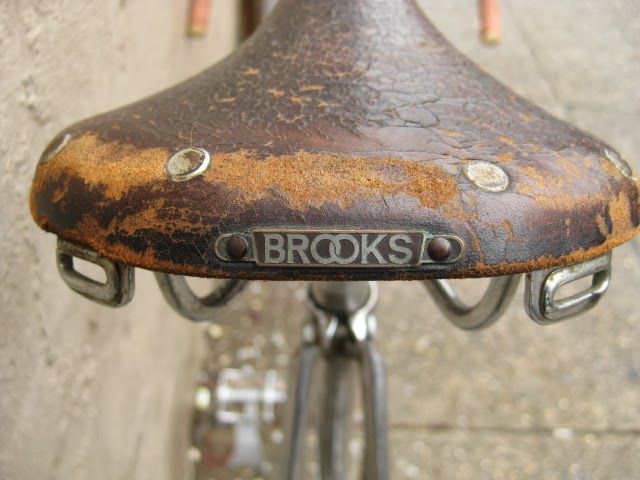 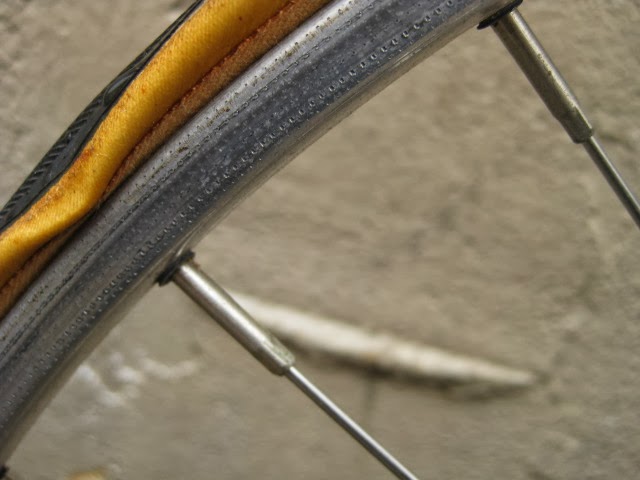