Today I came across one of my favorite hubs, the elusive Campagnolo Hi-Lo rear hub. Ours is NOS and 36 hole drilling.  English threading for freewheel.
So, the story as I understand it goes like this; They were first made in 1972 for the West German olympic team. Hugo Rickert, who made bikes for the West German olympic team made a special order with Campagnolo for the Hi-Lo hubs. They created quite a stir at the olympics and started a bit of a rage for them. It did not last long. Euro-Asia had a run made in 1977-1978. The rumor was that 500 sets were required for Campagnolo to do a run. Others surfaced from Germany with the later skewers and typography to indicate threading. One or more of the bigger German importers also got in on the deal. Hubs from 1972 will not have threading described with typography, just groove coded.
They became available in the 1982 olympic Campagnolo catalog and disappeared into obscurity. Phil Wood also made a version and  I believe Hi-E did as well. 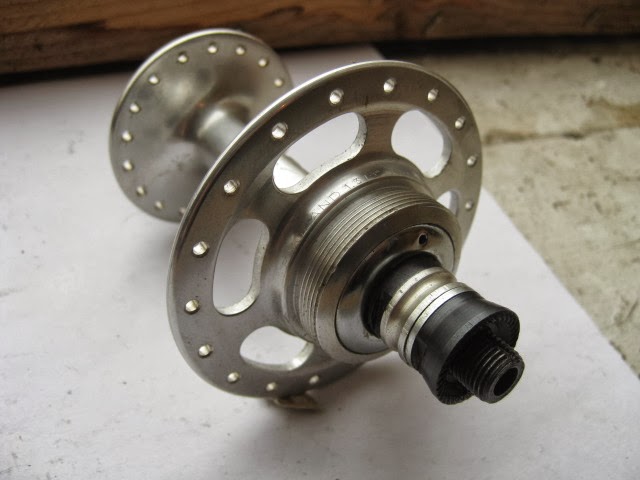 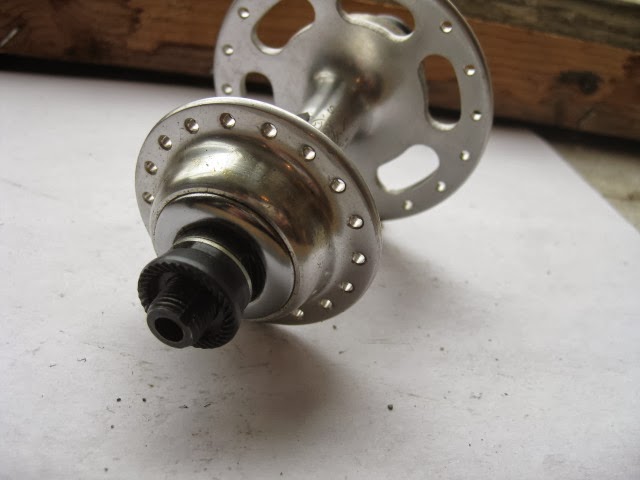 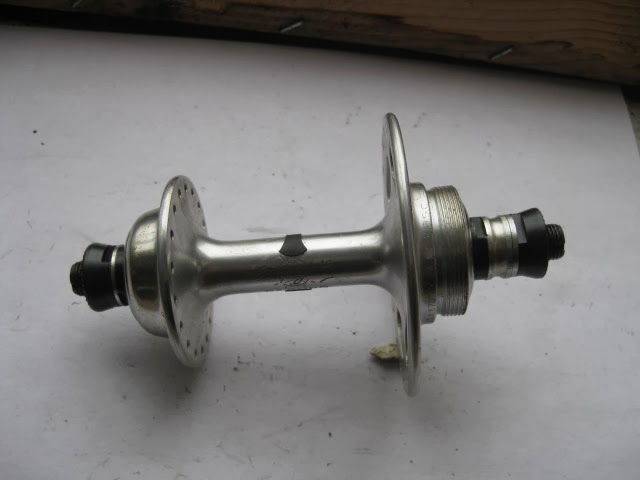