Here is the first series of interesting bicycles found at Copake Auctions annual swap meet. The weather this year was absolutely beautiful. 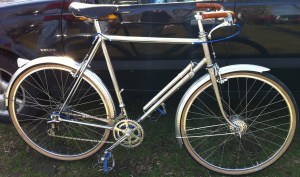 1930s? Stayer bike frame. BSA fits on it and wooden rear wheel. this would take a smaller(24″) front wheel and the fork would be turned around “backwards” so the rider could draft as close as possible behind a motorcycle. 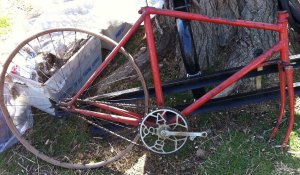 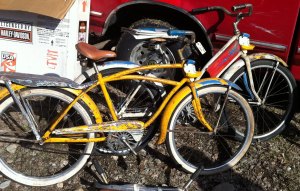