This bike is  always a conversation piece when we bring it out. It was produced in 1890 (ish). We have an Overman Wheel Company (makers of Victor bicycles) catalog from 1892 and ours is the same as the Model C or E with a few small differences in detail. The main one being that our bike has no seat tube and the one pictured in the catalog has a seat tube. The Overman Wheel Company, makers of Victor Bicycles was an American company whose office and factory were located in Chicopee Falls, MA. These safety bicycles were being produced alongside the more traditional high wheelers. These bikes were the future at that point. We take the safety bicycle for granted these days (wheels of equal size). This design was cutting edge and no corner was cut in their devlopment and production.
We became the stewards of this machine in about 2010. It was purchased from a man named Bruce Chodak, an avid bicycle collector and enthusiast. It was assembled by Craig Allen, a master machinist based in Millville, NJ. It has an authentic reproduction saddle as well as a repro rear fender, coasting pegs and chain. A rear wheel was sourced as well. There is also new rubber on the rims (hard tire). The pedal blocks are original, quite rare! The light is incorrect, but a period item. It is of British origin, made by Jos. Lucas & Sons. The model is the King of the Road. One neat feature is the match striker under the wick (see photo). very high quality with lots of attention to detail.
The stand out feature of this bike is the Victor spring fork. Production of them began in 1887 and continued to gain advocates every year. Roads at this time were quite primitive and this design improved comfort levels tremendously. One thing of note as well is that at this time there were a TON of bicycle companies competing against each other and an innovation like this helped solidify The Victor customer base and future of the company. “The Victor spring fork is composed of four steel rods, made from the finest sword blade steel. Its flexibility upon, nine feet of these rods, and as the strain is taken by so great an area no one portion receives any appreciable amount of “racking”, and breakage is practically impossible, as years of  hard service have fully demonstrated. The Rocking Beam (articulating portion of the fork) and adjustable stay rods, prevent all lateral motion. The joints in the rocking beam are furnished with Brown’s Aeolus Ball Bearings, and are extremely easy in vertical action, but rigid laterally”.  The previous passages are quoted directly from the catalog.
The safety hubs are also a unique design with fully adjustable ball bearings as well as the headset. The bottom bracket assembly also adjusts on a boom to get proper chain tension as the rear drop outs offer no adjustment. The spoon brakes also have ball bearings in the pivots, very state of the art at this time. Enjoy the photos! 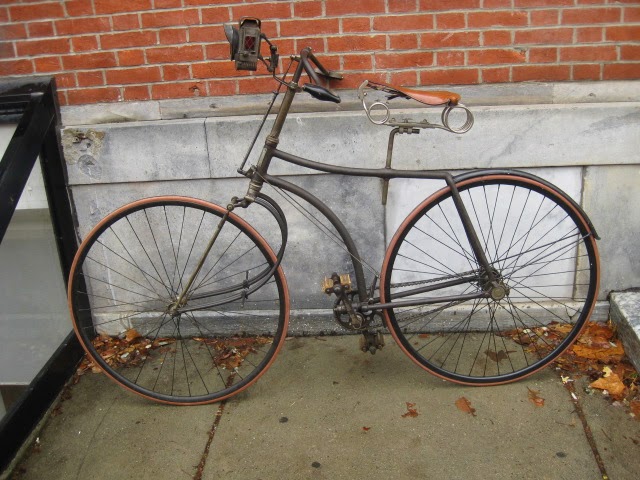 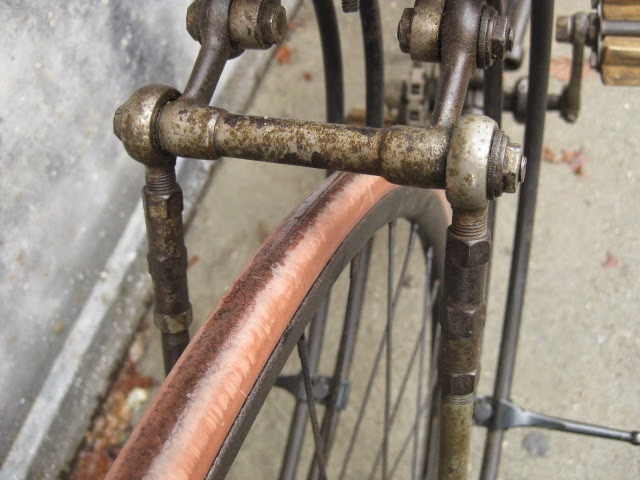 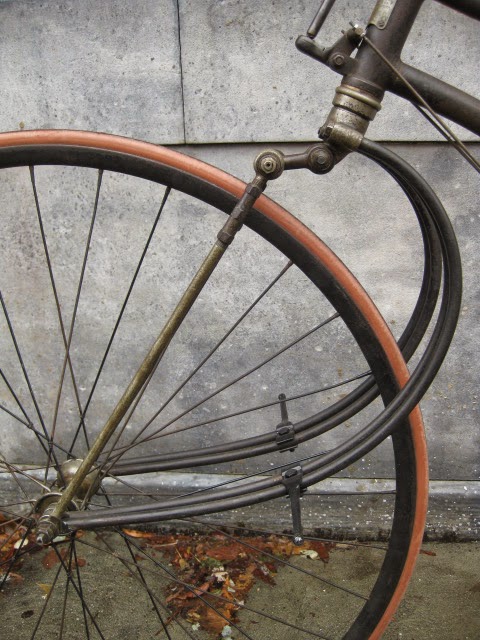 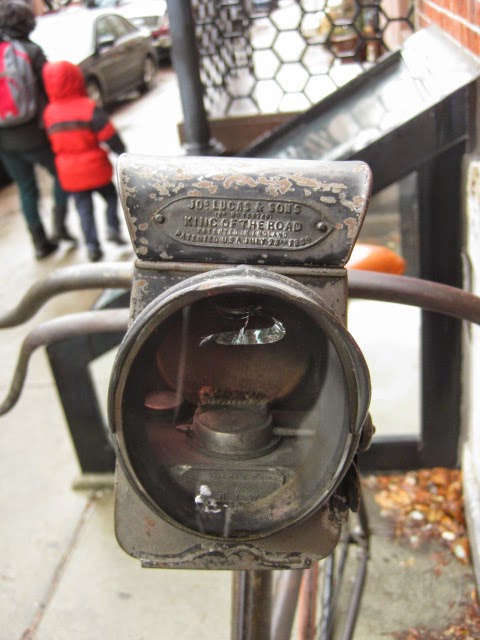 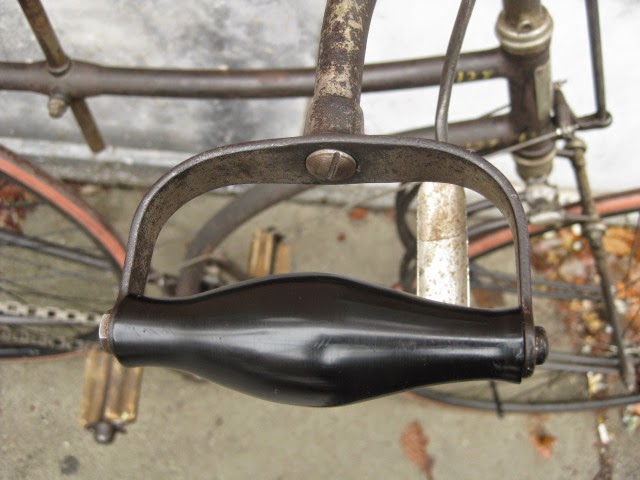 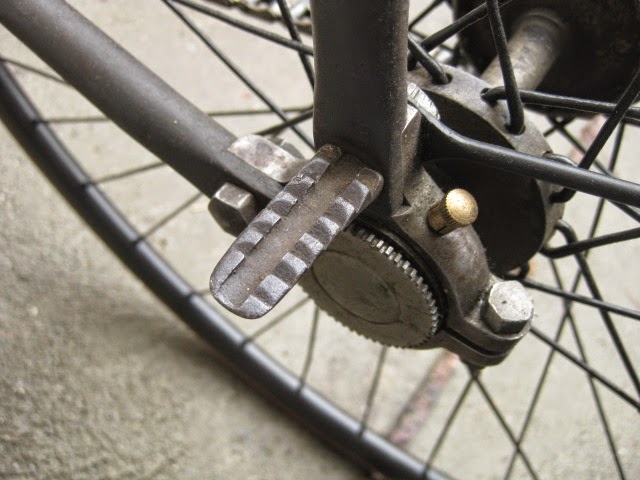 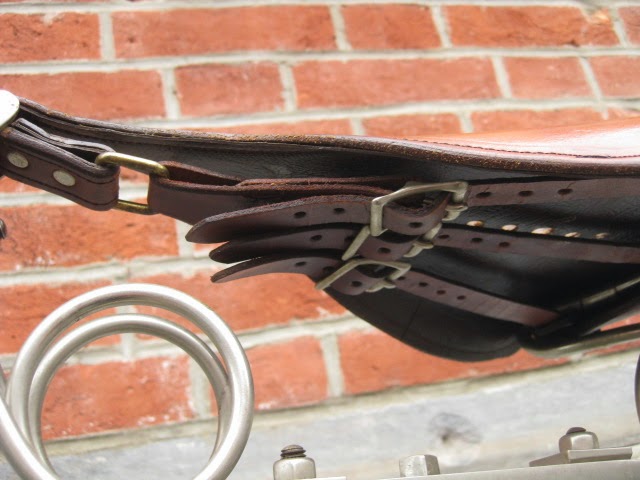 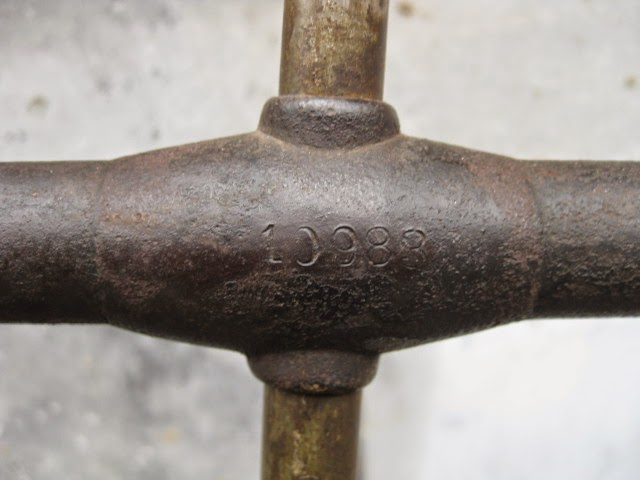 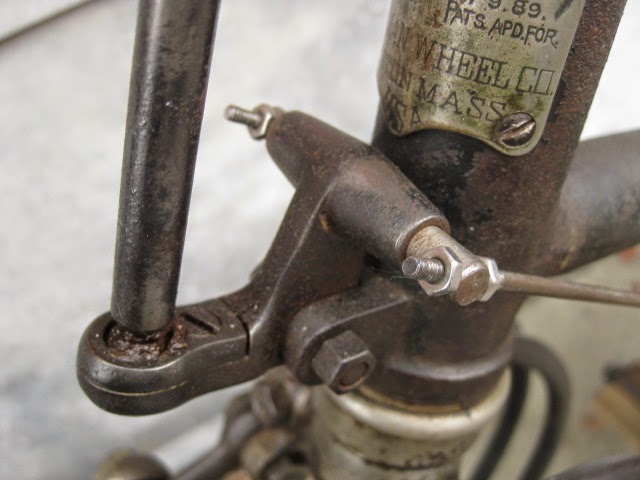 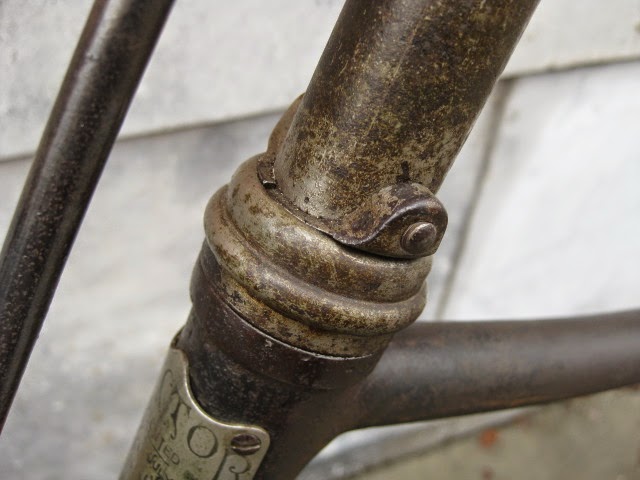 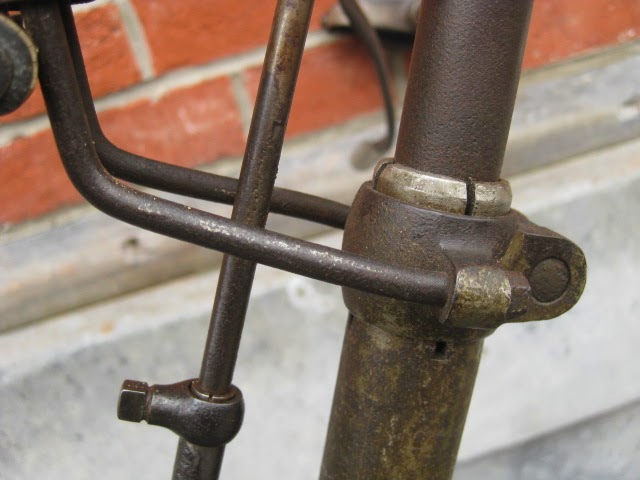 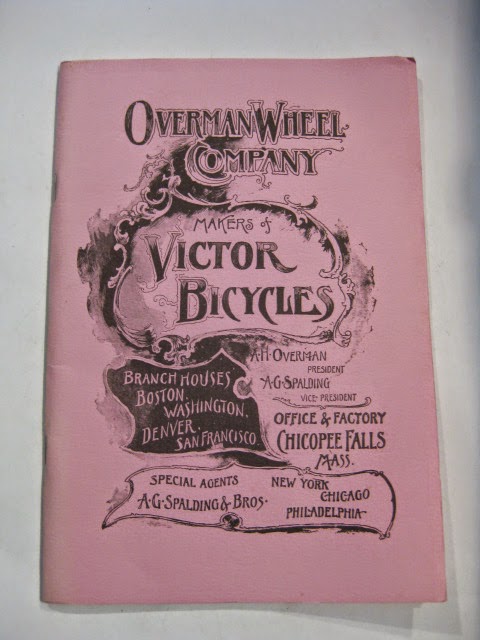