Here is part 2 of some recent bikes we got in. Early 1980’s Colnago Super in fantastic original condition. This bike was well maintained by the previous owner both mechanically and cosmetically. It has original paint and decals. Paint has been touched up in a couple different spots (mostly on top tube) and the down tube decals and seat tube decals are peeling in a spot of two (see photos). I also like that it is set up with more entry level components like the Shimano 600 shifters, and derailleurs, Suntour levers, SR seat post, and stem and bars. The rest of the components are Campagnolo Nuovo Record. It gives the impression of a classic Italian racing bike on a budget, Top shelf construction for the proletariat! Usually these bikes are all Campy,  which is nice of course, but this bike is set up just the way the previous owner wanted it to be, and I am sure it performed flawlessly for him.
Another cool thing about this bike is that the rear drop out is drilled for the Campagnolo Porta Catena system that was offered for a short time in the late 70’s and very early 80’s. (The system is NOT on this bike currently, could be added though) Here is a link that explains the system Porta Catena! It basically was an aluminum rail that was attached to the inside of the rear drive side drop out ( Camp 1010B) which was pre drilled and tapped. It was used with a five speed freewheel and the rail took the place of the sixth cog. The shifter was also different in that it had a special release which allowed you to shift the chain onto the rail so as to facilitate very easy removal of the rear wheel. Early French Randonneur bikes also had a similar, more integrated system sometimes brazed onto the frame by top constructeurs of the day like Herse and Singer.
The frame measurements are as follows:

The bike is ready to ride. Just add pedals, (I could easily come up with something suitable for an extra cost) and you are ready to go! Check out the photos, and email at: bikeville@gmail.com for price and any questions you may have. 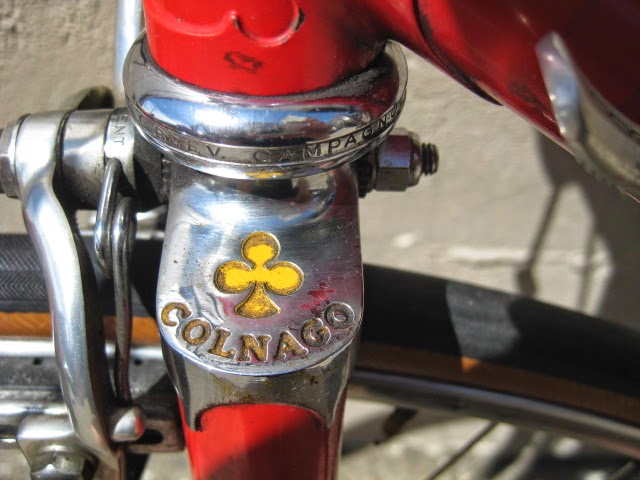 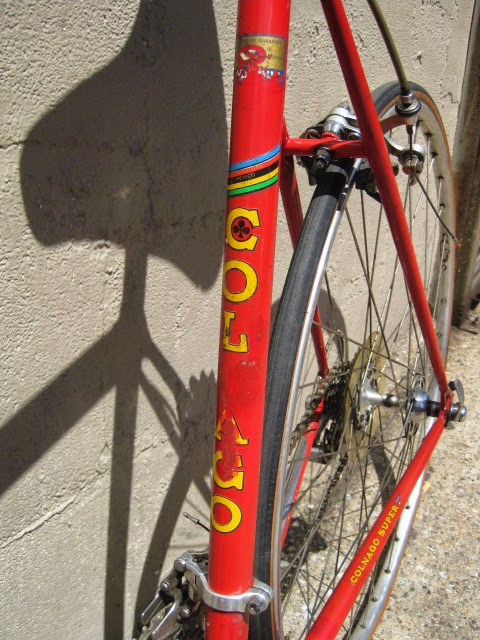 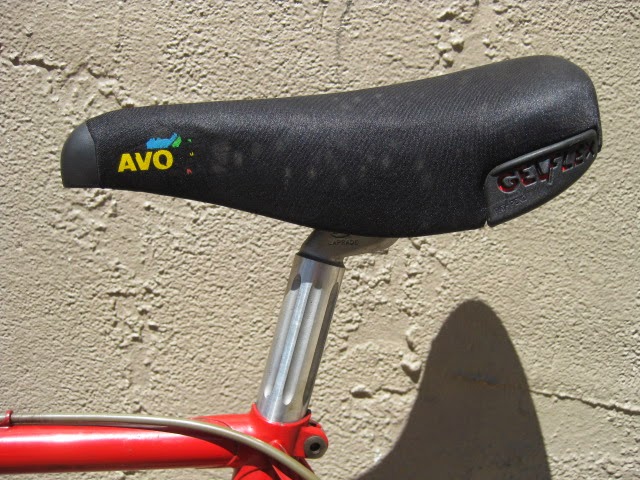 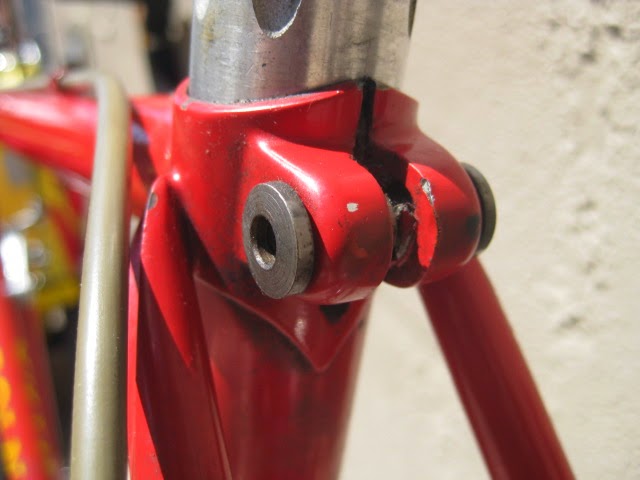 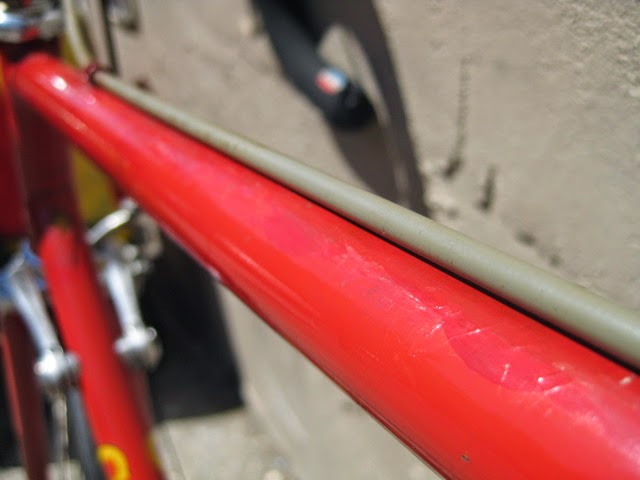 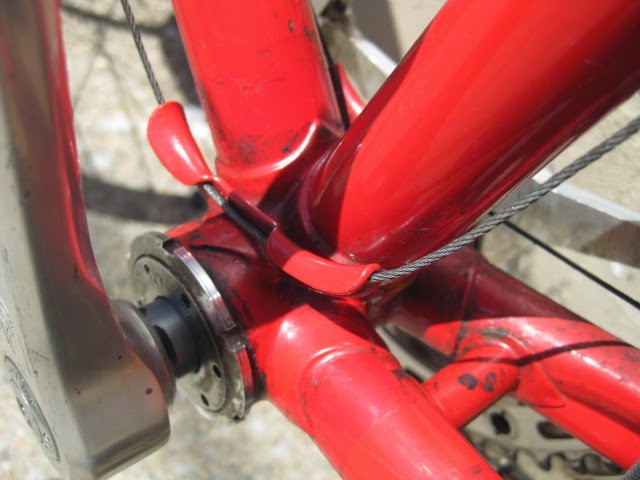 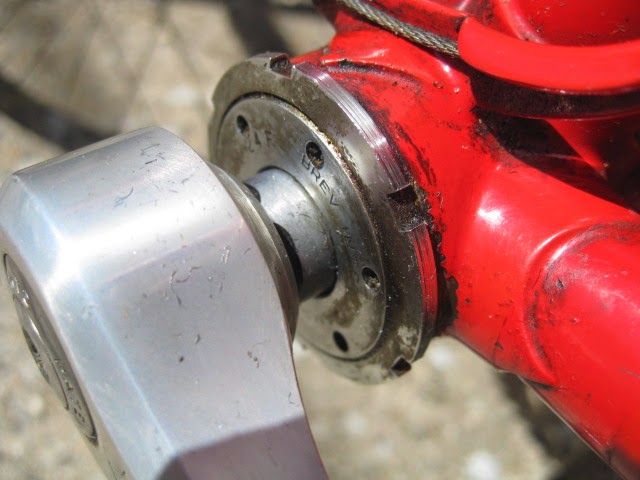 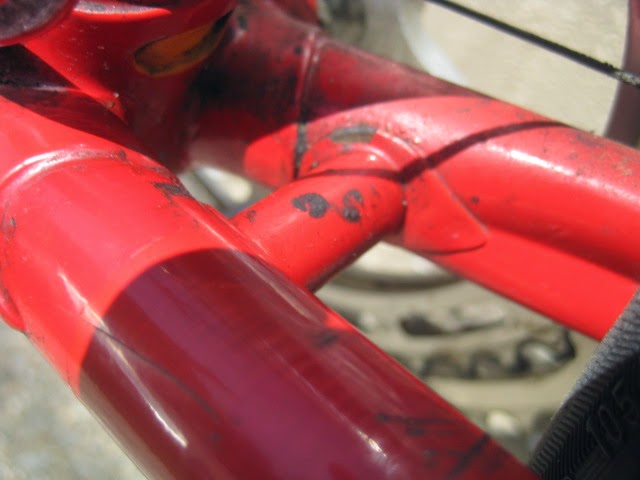 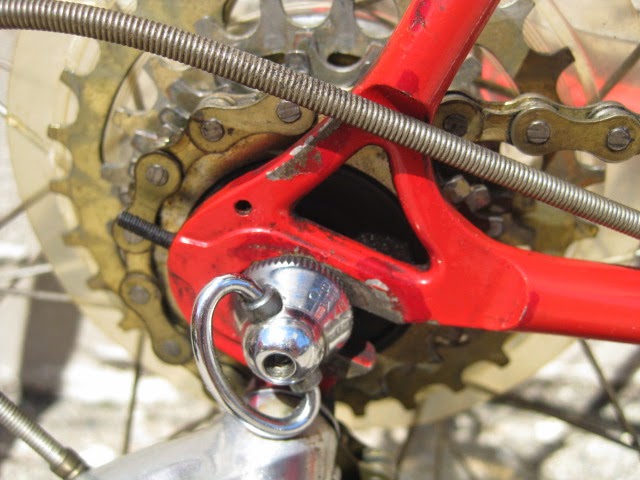 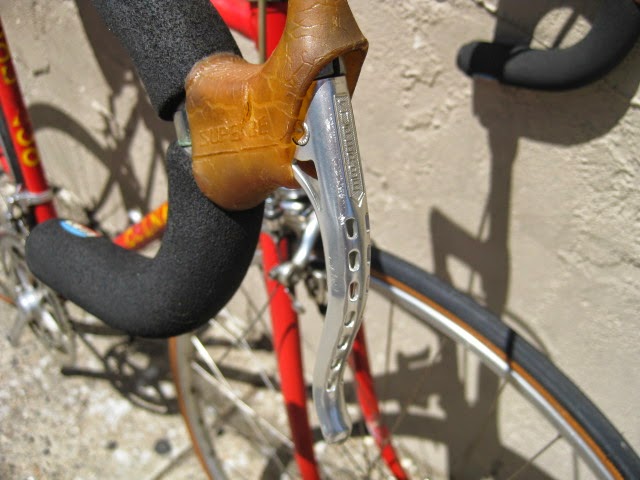 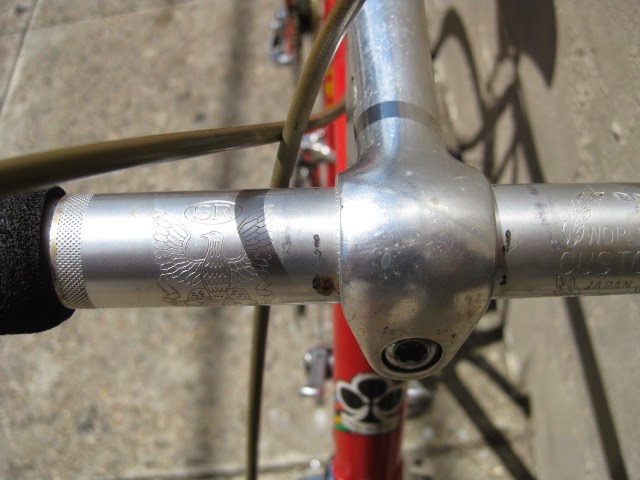 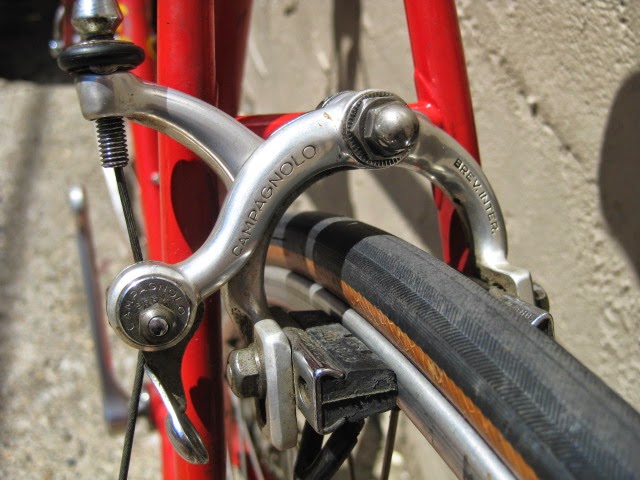 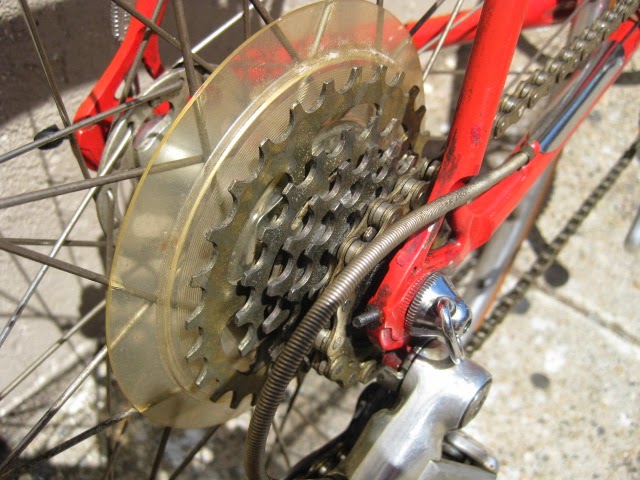 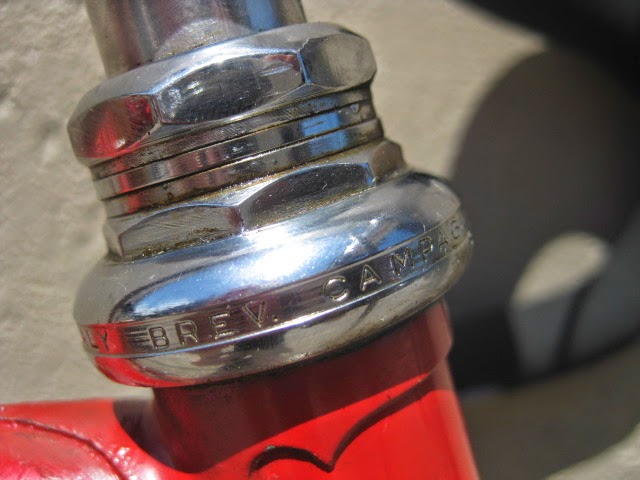