One of our discerning repeat customers brought in this nice bike for us to assemble/tune. It a bike made by Peter Mooney, who is a New England builder. He was born in England in 1955 and came to the Boston area in 1964. His first job was fixing and selling English 3 speeds and cheap Italian ten speeds and has been in bike shops ever since.

His love of bikes led him to competitive cycling and held a cat 1 license from 74-78′. He qualified for and raced in world championship events for road and or 25 mile time trial in 1974,1977, and 1982. While living in England from 74-76′ he was a successful time trailer.

Peter learned his trade in England during the mid 70’s from a noted south London frame builder. The one man show shop built everything from kids trikes to custom world championship pursuit frames. The tiny store front offered it all. Peter and partners opened the first Wheelworks store in 1977 where Peter has been the resident frame builder ever since.

It is nicely set up with Phil Wood hubs with the stainless steel barrels and a Phil Wood BB. Avocet cartridge bearing headset. Campagnolo triple crank set and Rally rear derailleur with Bullseye cartridge bearing jockey pulleys. Blackburn racks with front low rider racks. The rest of the components are Campagnolo nuovo record with the exception of the ergonomic AME brake lever hoods and super record brake levers. The brazing and filing of the lugs are very clean and nicely done. It has a fully sloping Cinelli style fork crown. The blue paint really sparkles in the sun and the decals and head badge are very nicely done. The bike is a pleasure to ride. lively and responsive, yet quite comfortable. I wonder how it behaves when it is loaded with panniers? The owner will have to let us know! 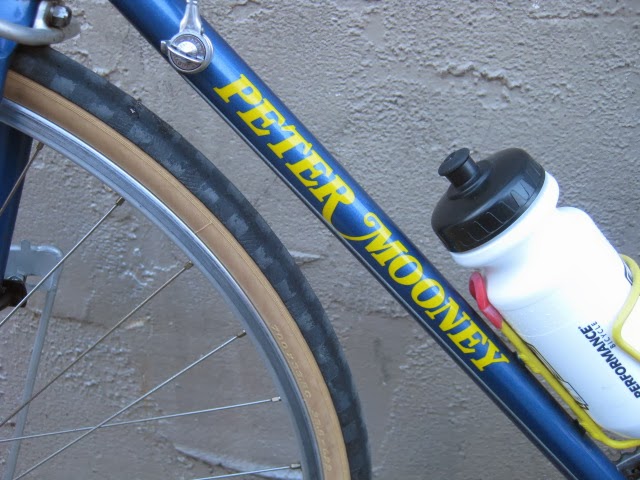 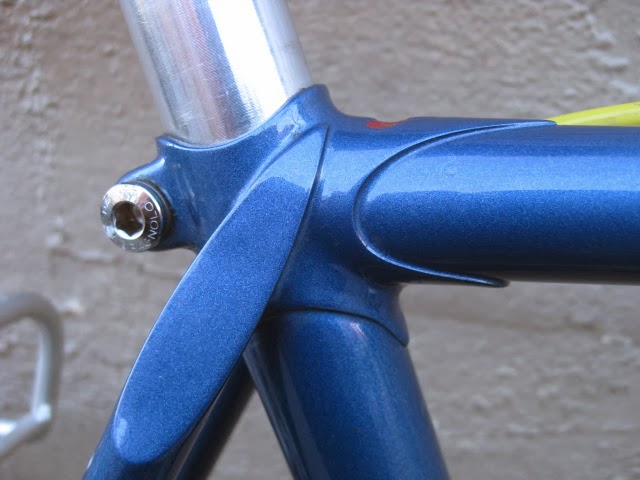 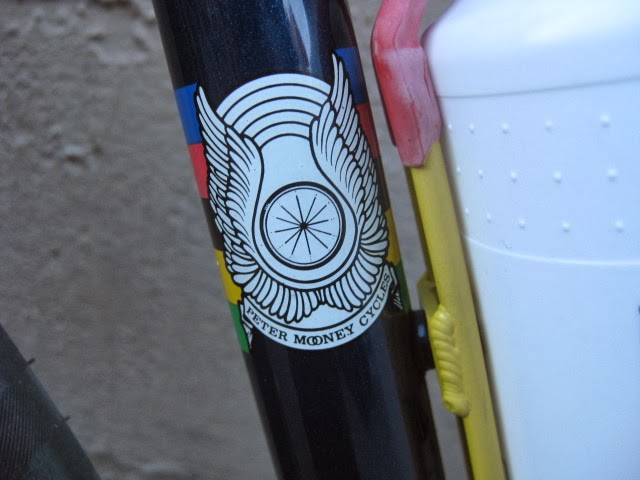 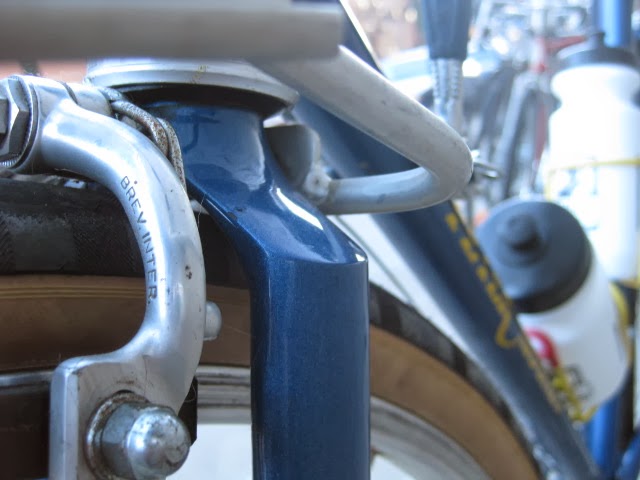 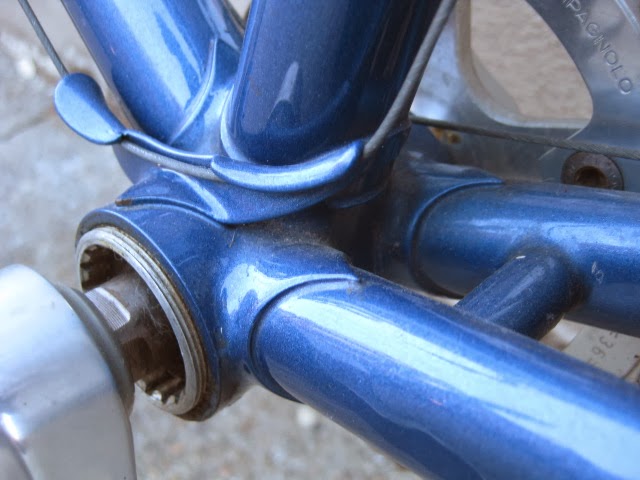