Here is a wacky little bike we have owned since the early 1980s. It is a bike polo bike built by Mark Mattei(owner of Cycle Smithy in Chicago). It is based on the Grubb bike polo frame design and has 24″ tubular fixed gear wheels. TA cranks that look like they were originally taken off a Schwinn Super Sport from the early 1970s, Campagnolo Nuovo Record seatpost with plastic french saddle. The handlebars were added later and were originally from a 1940s/50s Italian city bike, like Frejus or Bianchi.
I couldn’t find any information online about them, next time I see Mark, I will inquire about any other information he might have about it.
The bike is super quick and response. oh, and fun. I rode it the Philly bike expo opening night, so you may see other photographs online of it. 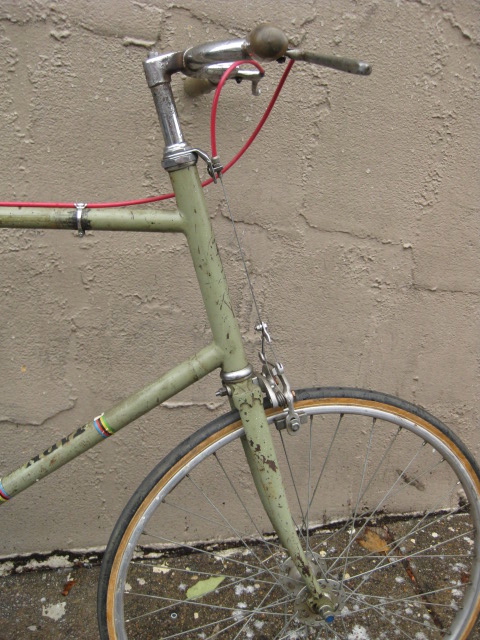 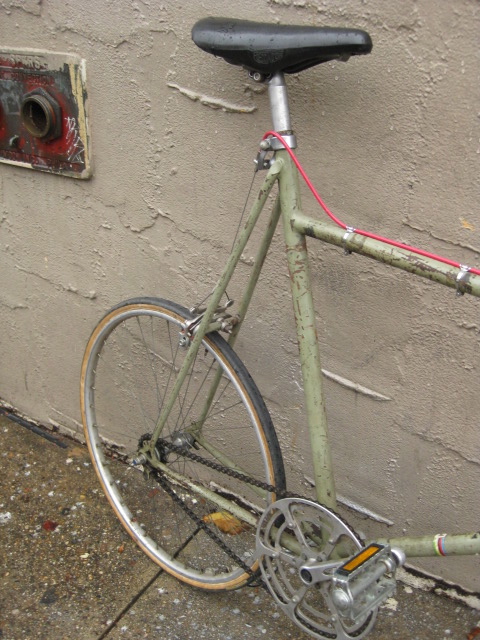 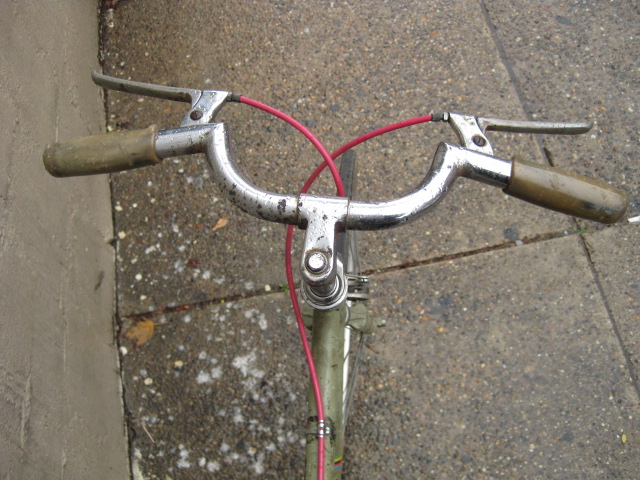