pictures 4- oh what a bore!

Part of the pictures series. This time we have a Moulton, Omelenchuk, and an invisible bike.
The Moulton was build during the period that Huffy was subcontracting them to import cool bikes(they also imported a super cool Carlton with Cappela lugs, and translucent paint over a chrome frame. My coworker Matt has one). This Moulton has a Sturmey Archer 4 speed internal hub and uses 17″ wheels, that Moulton had specially designed and made.
The Omelenchuk rear wheel in a Omelenchuk frameset is very nice. There is not much available internet about George Omelenchuk, which is a shame. He was a local tinkerer and built and manufacturered a lot of his own components including stems, hubs, rims, etc. The hub was made by him and was on his wife’s Jeanne’s track bike. She won national titles on her bikes 5 times. here is a little blurb about Jeanne-here. Here is a little blurb about George OmelenchukBike Cult website.

and an invisible bike!! 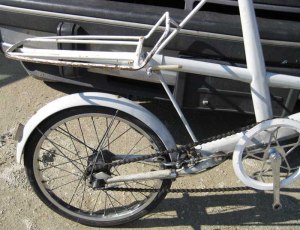 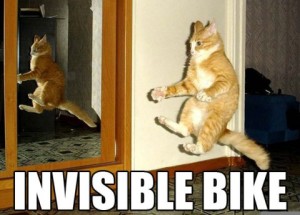