Selling a bicycle, a tale 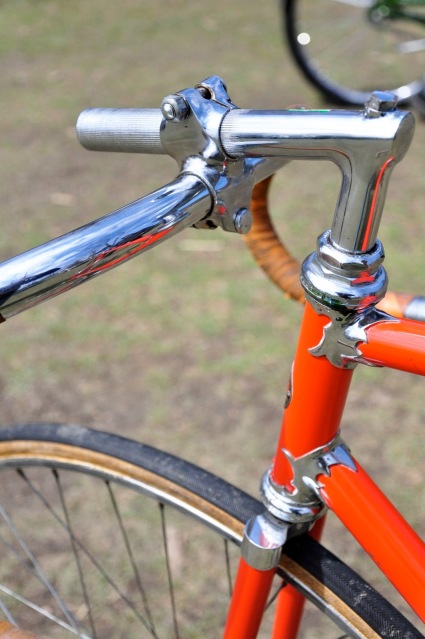 This beautiful, early 1970s Schwinn Paramount was seen at 2 swap meets this spring. First, it was seen at the Monson swap meet, where it was not for sale, the owner was showing the bike in the bike show.
The second time it was seen was at Copake, where these photographs were taken. I should add that this Paramount is original paint and chrome, and yes that is a Cinelli adjustable stem and track handlebars. The owner was showing off this beautiful, original time capsule bicycle, when a guy approached and asked how much. The owner first said it was not for sale, the interested party prodded more and he came up with a realistic value of the bike. Sold.
He didn’t to sell it yet it sold for enough to make him forget his sorrow of losing the bike. 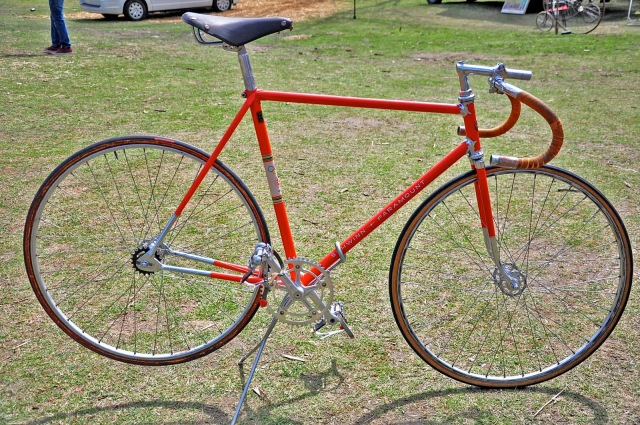 The new owner proceeded to dismantle the bike and attached to the back of this department mountain bike with upturned road bike handlebars. The original owner was stunned. When asked what was to become of his old bike, the new owner said he was going to paint it to make it look less desirable because he was going to ride it in New York City. 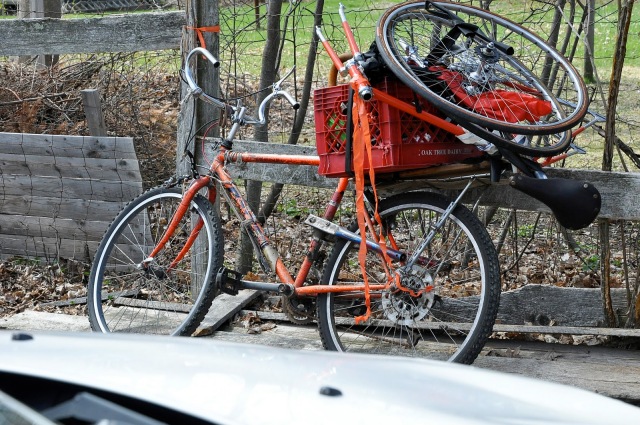 (I should also add, when I was driving to the swap meet that morning, I passed the guy on the mountain bike and thought he was just a small town hobo. A few hours later he arrived to the swap in upstate New York and I told him I had passed him. He asked why I didn’t offer to pick him up. I said-“I thought you were a hobo.”

11 thoughts on “Selling a bicycle, a tale”